From Ródão Doors to Lisbon

The Tagus River, the longest river in the Iberian Peninsula, has its source in Spain and splits Portugal in half. Between the frontier and Lisbon, where it flows into the estuary, the Tagus goes along its course with different landscapes on its way, including the way from the Ródão Doors to the Ribatejo marsh, land of horses and bulls. The tourist attraction is the Natural Monument of Ródão Doors, a breathtaking place. In the north side of the doors lies the city of Castelo Branco while in the south side you can find Portalegre, already in the Alentejo region. In this area, it is possible to see a set of cave paintings.
The Tagus River and its tributaries form a marshland in the Ribatejo, and this land is incredibly fertile. Ribatejo is also the land of bullfights (which are different from the Spanish ones ) and horses. The greatest production of Lusitanian horses happens in Ribatejo, where every year in Golegã a horse fair takes place in November, during the São Martinho celebrations.

The river flows by diverse cities in Portugal, from Santarém to Lisbon, and it hides secrets that deserve to be found, such as the Castle of Almourol, an old medieval castle that dates back to the Reconquista period and to the first king of Portugal, Dom Afonso Henriques. Built in a small islet in the middle of the Tagus River, it is still there nowadays, unexpected to the first glance.

The Tagus River flows into Lisbon where is crossed over by two important bridges: the 25 de Abril and the Vasco da Gama. It is popularly believed that the river has its base level ending in the Bugio Lighthouse, where the river ends and starts the sea. 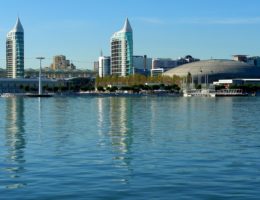 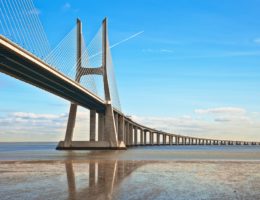 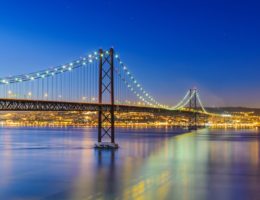