The castles of the "Christian Reconquering"

The Guimarães Castle is linked with the birth of the County of Portugal, to the Reconquista of the Iberian Peninsula and with the independence wars of Portugal. Being a typical medieval fortification, in the castle lived Dom Henrique de Borgonha and Dona Teresa, the lords of the County and parents of the first king of Portugal. Dom Afonso Henriques was born there and it was from that point that he left for the war against his mother, against the king of Castile and León and against the Moorish who, in those days, dominated the Peninsula. The acknowledgment of the Portuguese reign by the Castellans happened in 1143.

Also linked with the Reconquista, the Castle of Óbidos had a military eminence beyond the days when Dom Afonso Henriques faced the Arabs in the war. What today is part of the protected ensemble in Óbidos is a jewel of the Portuguese heritage that belonged to the dowry of Portuguese queens and, from there, in the beginning of the 19th century, were fired the first artillery shots at the moment of the first defeat of the Napoleon troops. The French invasions led to the queen and the regent to escape to Brazil. 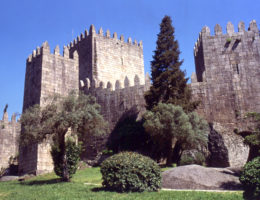 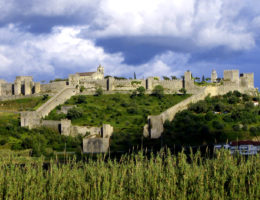