For every taste, for every occasion

Wine is part of the Portuguese culture and it is produced all over the country in its many demarcated regions. Red, white, Verde, bubbly or fortified, you only have to choose according to your taste and to the occasion. The Porto Wine, produced in Douro, the oldest demarcated region of the world, is sweet and fortified with an alcohol volume between 19% and 22%.

The most exported wine of Portugal is available in Ruby, White and Tawny and its grapes are cultivated on the slopes of Douro River. On these slopes are also produced high quality table wines from varieties such as Touriga Franca, Touriga Nacional and Tinta Roriz. These are some of the most enjoyed wines at the Portuguese tables.

Also in the North, but closer to the seaside, can be found the demarcated region of the Verde wine. This wine – which may be white, red, rosé or bubbly – is mainly produced in Minho, being the most famous Verde wine variety the Alvarinho. This wine is unique in the world and should be drunk young and served with light meals like salads and fish.

Amongst the demarcated regions a highlight should be made to the Dão in the interior North, where a full-bodied wine is produced. Going south to the Península de Setúbal, there is more wine production being carried out, including the famous wine Moscatel. Additionally, Alentejo has the largest demarcated area in the country and the wines produced there are having their popularity increased during the last years.

In the islands the most prominent wine is the Madeira. Cultivated in the Madeira slopes there are five varieties: Tinta Negra Mole, Sercial, Verdelho, Boal and Malvasia. From all of them is possible to produce a full-bodied wine with an alcohol volume between 17% and 22%. It was with this wine that the toast for the Independence Day in the United States was made, on the 4th of July, 1776. 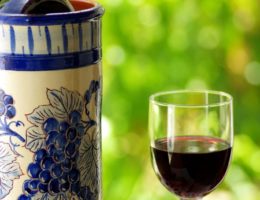 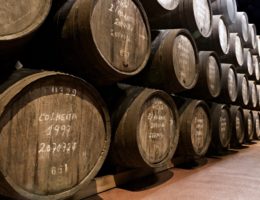 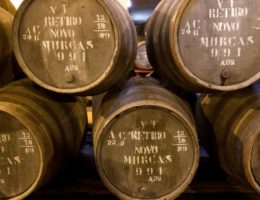 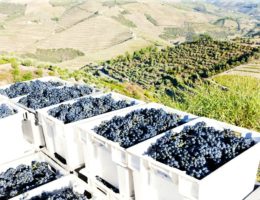