From the Nazaré Canyon to the Ericeira World Surf Reserve

Garrett McNamara, a Hawaiian surfer, surfed off a wave with more than 30 meters high in Nazaré in November 2011 and thanks to this the surf in Portugal has gained a new international recognition. In Praia do Norte, where the waves are formed in the winter due to the Nazaré Canyon, is yet another hotspot for a sport popular from the north to the south of the country, including the islands.

In Peniche, due to the Supertubos (European Pipe), there is a new stage of the Rip Curl Pro Search and the Ericeira beach near Lisbon has been classified as World Surf Reserve, but there are more emblematic beaches for surf practise. Guincho, Matosinhos, Baleal and Arrifana are some of them and there are many people dressing the wetsuit and getting their boards to catch the best wave. Nowadays there are much more amateur surfers than before, but in Portugal two surfers are already on the world top: Saca and Kikas.

The interest for sport in a country with an immense coast and a wonderful sea goes all its way up to the islands. In Azores exists a sanctuary, a hidden paradise, in the Fajã da Caldeira de Santo Cristo, on the island of São Jorge. Madeira has the waves of Paul do Mar and in the north shore the Ribeira da Janela.

This search for surf is the reason many surf schools appear all over these beaches, and it is where can be found surfboards for rent and useful tips for whoever wants to give a go at this sport that was born in Polynesia and has already conquered the interest of people all over the world. 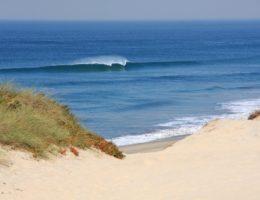 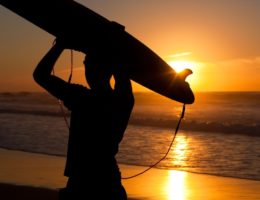 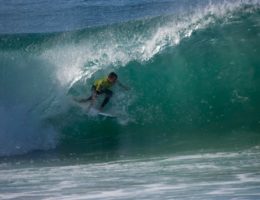