From Fátima to Viana, the roads of faith

Located in Cova da Iria, the Sanctuary of Our Lady Rosário of Fátima is the place where thousands of pilgrims come from May to October. The faith of the Portuguese in Our Lady of Fátima is great and ancient and it dates back to the first news of the apparition of the Virgin Mary to the three Pastorinhos in that area. Jacinta Marto, Francisco Marto and Lúcia de Jesus were three children that were keeping the sheep when they saw the Virgin Mary on the top of an oak tree, and kept being visited by Mary in the 13th of every month from May to October. This occurred in the year of the Russian Revolution, 1917, and Our Lady promised that if everyone prayed a lot, Russia would convert itself.

However, quickly the appeal to Russia’s conversion lost some importance and the Portuguese started to believe in the miracles of Our Lady of Fátima, making promises of going on foot to the sanctuary. And this sanctuary kept on growing. Nowadays it is a complex that comprises the Chapel of Apparitions, the esplanade of Rosário and the Basilic, built in 1928. In Fátima can be found a piece of Berlin’s Wall to keep the recollection of the fall of communism alive.

Fátima can be the most important place of worship and pilgrimage in Portugal, but there are other relevant places for the Christian faith, such as the Sanctuary of Bom Jesus of Braga, placed in the proximities of Braga city, in the north of Portugal. The first chapel built dates back to the Middle Ages, but its structure as it is known today is the most recent. The church was finished in 1811. The ex-libris of this sanctuary are the three stairways. These are the Pórtico, the Cinco Sentidos (Five Senses), with fountains for the sight, the hearing, smell, taste and touch, and the Três Virtudes (Three Virtues) stairways of faith, hope and charity.

In the Minho there is yet another sanctuary, the Santa Luzia, built on the hilltop with the same name and from where the best view over the city of Viana do Castelo can be enjoyed. The Sanctuary began being built in 1903 based on a project by a famous architect at the time, Ventura Terra, who found his inspiration in the Sacré-Coeur of Paris. 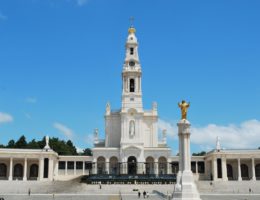 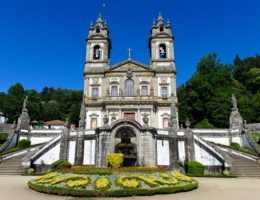 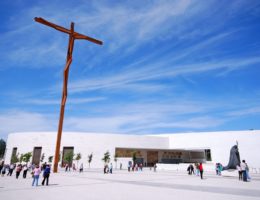 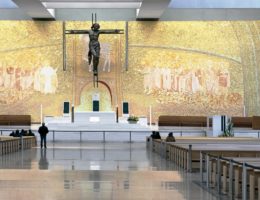 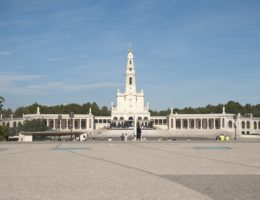 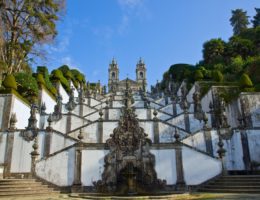