From Ribeira to the Foz

The song ‘Porto Sentido’ by Rui Veloso, one of the most famous Portuguese musicians, describes with the poetry of a painting the second largest Portuguese city, known by its secular wine, history and architecture and also for the football club that wears the name of its city on the shirts.

Porto has as cognomen the “Cidade Invicta” (unconquered city) as the city was never conquered. Not even during the French Invasions in the 19th century the people of Porto have surrendered. In that historic moment was born one of the city’s gastronomic ex libris: the tripe. Tells the legend that the population gave the meat to feed the soldiers while keeping the pig tripe to themselves. This is a city that may be visited by foot. Starting in Boavista and going all the way through the downtown to find the Torre dos Clérigos, the symbol of the city and built in the end of the 18th century with a project signed by Nicolau Nasoni. Nearby can be found the Livraria Lello, considered one of the ten most beautiful bookshops in the world, was constructed in Gothic Revival style and it truly requires a visit. The coffee may be enjoyed in the Majestic, a coffee shop in Santa Catarina Street.

The Aliados area is where can be found bars, pubs, ethnic restaurants open until late and much more, especially the old commercial establishments. The Sé, a cathedral made in the 19th century, is the door to Ribeira, a Porto street of the Douro riverbank from where the famous wine cellars of Gaia, in the other side of the river, may be seen. The cellars have free visits and offer a glass of Porto wine.

The way to the other riverbank is the D. Luiz I bridge, an easy way to do it and that even may be walked through, is a construction dating back to 1886 signed by Théophile Seyrig and one of the six bridges that connect both riverbanks, being the others the D. Maria Pia bridge by Gustave Eiffel (1877), the Arrábida bridge by Edgar Cardoso (1963), the São João bridge (1991), the Freixo bridge (1995) and the Infante bridge (2003). Following the river can be found the Foz (base level), with a unique seaside landscape.
To have lunch or dinner, here are three suggestions amongst the great variety of restaurants available: Casa Aleixo, near the Campanhã train station, which serves octopus delicacies and flank steak, Chez Lapin in the Ribeira, where can be seen the river floods marks, and finally the brasserie Capa Negra where can be eaten the traditional “francesinhas” (type of sandwich with a special gravy on it).
Porto has much more to see, for example, the Serralves Museum of Contemporary Art or the Casa da Música and the Rivoli, Sá da Bandeira and São João theatres. 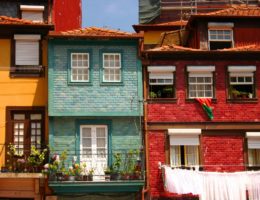 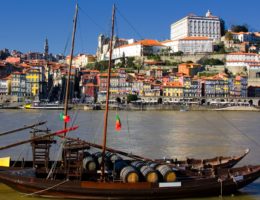 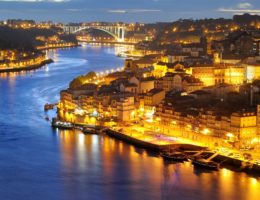 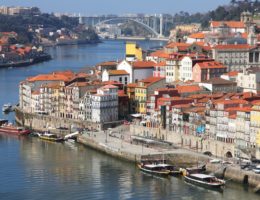 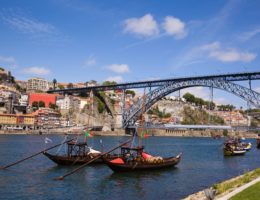 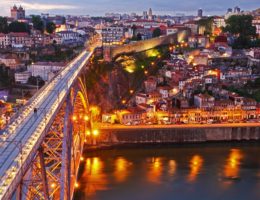 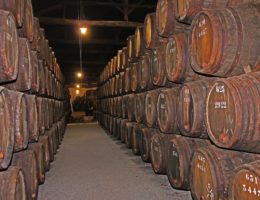 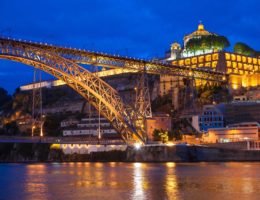