Land of mild weather, sea and mountains, Madeira already received tourists back in the 19th century. Some would only pass by in the boats that used the Funchal bay to layover and others believed that the good air of the island would help them cure lung diseases. Sissi, the Austrian Empress, is part of that visitors list from 150 years ago.

The island Sissi found is not the same nowadays. Funchal, the capital city, is a cosmopolitan place full of esplanades, shops, museums and monuments. The first city ever founded by Europeans out of Europe has 500 years of history to offer, with its streets crowded during the day and peaceful nights.
The Sé, a cathedral of Manueline style, the convent of Santa Clara, the Museu das Cruzes, the Contemporary Art Museum in the São Tiago fort are some of the mandatory places to visit. It is in downtown that are located the Mercado dos Lavradores (the farmer’s market) and the Zona Velha (old area). The market may be visited during the day and the Zona Velha is great to have dinner or lunch and enjoy the view of painted doors in the street of Santa Maria.

The “espetadas” (roasted skewered meat or fish with vegetables) made on bay laurel sticks and the dishes of black scabbard fish and tuna are common on the menus in these restaurants, as well in all of the Madeira restaurants.

The Funchal is a step away from the Laurel Forest, listed by UNESCO as World Heritage, which grows in altitude along the “levadas”, channels that spread water all over the island. Cutting through the mountain, these “levadas” have parallel trails that allow everyone to see a hidden natural beauty.
The island has two different coasts, but both are worthy of being discovered. In the south there is Paul do Mar, a wonderful place to surf and to dive in the sea. In the north there are natural pools in Porto Moniz and Seixal.

It is also from the northern shore and the Estreito da Câmara de Lobos that come the grapes for the Madeira wine, a liqueur type of wine that makes part of the life in Madeira. A bottle of this wine may last 100 years given that its cork is changed every 20 years.

Besides Madeira, Porto Santo is the other inhabited island of the archipelago, famous for its beach whose sand has medicinal properties. In the front of Funchal can be spotted the Desertas, uninhabited islands that can nonetheless be visited by boat. They are a natural protected area and the territory of the Mediterranean Monk Seal, one of the most endangered species on the planet. 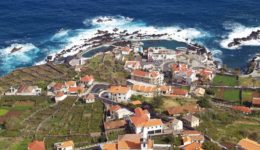 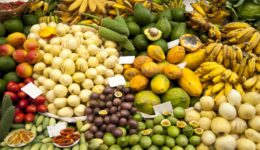 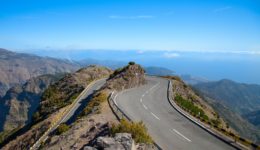 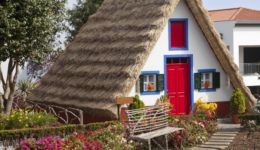 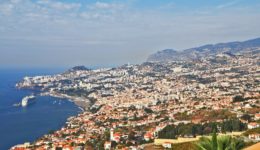